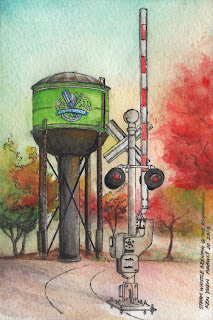 Originally this was not my choice of subject.  I was going for the John Street Roundhouse, which is a preserved locomotive roundhouse home to the Toronto Railway Museum at the Roundhouse park.  They have a collection of trains positioned around the park, and I was drawing one of the featured train with the Roundhouse as the background.

But since I only have a couple hours after work to get to the location and sketch before the sun goes down, I only managed to finish sketching half of the train.  When I went back for a second session another day, I realized something was off. The featured train doesn't look like the one I was drawing before, and then I realized that the park actually rotates the trains around, so it has a different configuration every day.  The train I was drawing was no where to be found.

Not to waste precious hours before the sun sets, the Steam Whistle Brewing tower with the featured railroad alert sign is what I have decided to draw instead.

There are lots to do and sketch around the Roundhouse Park, here is the wiki page to provide more information about the park: http://en.wikipedia.org/wiki/Roundhouse_Park 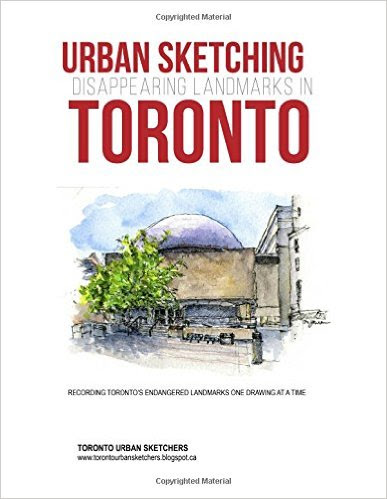