Yesterday I went to check out the 66th Toronto Art Battle in a beautiful place called the Great Hall. It's a live competitive painting event where artists compete by creating a painting in 20 minutes using provided acrylic paint. The competition is organized in three rounds and the public gets to vote for their favourite artwork at the end of each round. It was my first time attending this event, which takes place in various cities across Canada. It was quite something to witness and see how different artists create in such a short period of time and what comes out of it. There was a great atmosphere, with a live camera enabling everyone to see the artwork being created and a DJ playing a mix of music on a stage at one end. The winner gets a prize and the artwork goes up for auction and can be purchased by the public. I'm very tempted to try this next time. It sounds fun. 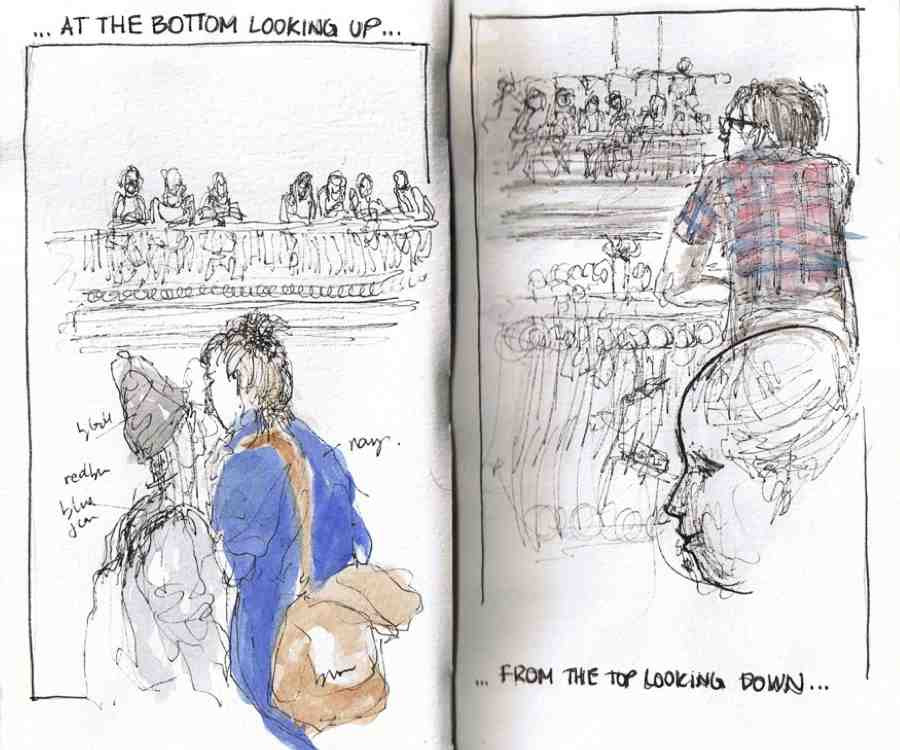 Posted by MJ No comments: 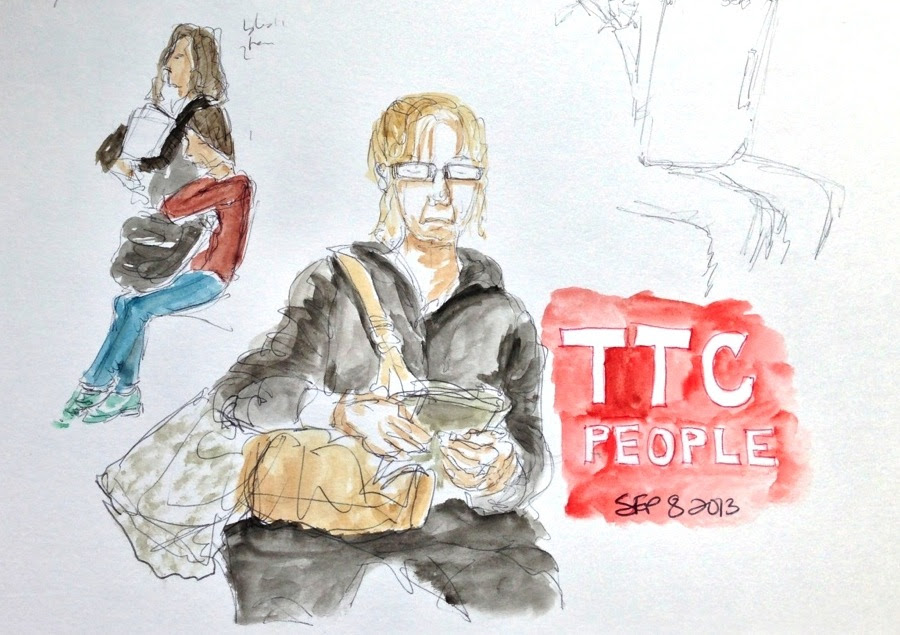 On my short ride back from a life drawing session sunday night, I drew some of the people in the subway. Most look really tired. It's interesting how drawing people in the subway teachers you to draw faster. The colours were added as soon as I got back home.
Posted by MJ No comments:

I was craving some pho yesterday and I was in the neighbourhood of Pho Tien Thanh. Some consider the Golden Turtle, which is just on the next block to be the better pho house, but I usually go to this one because it has greater ambiance, as you could see. Who wouldn't want a sleeping employee in the front of house?! (Actually, I think he was the owner.)

By the way, order the no. 24. It's  pho with rare and well done beef with tendon and tripe. Delicious, but they did skimp on the tendon and tripe. Satisfied and feeling jipped all at the same time.
Posted by Wilfred No comments: